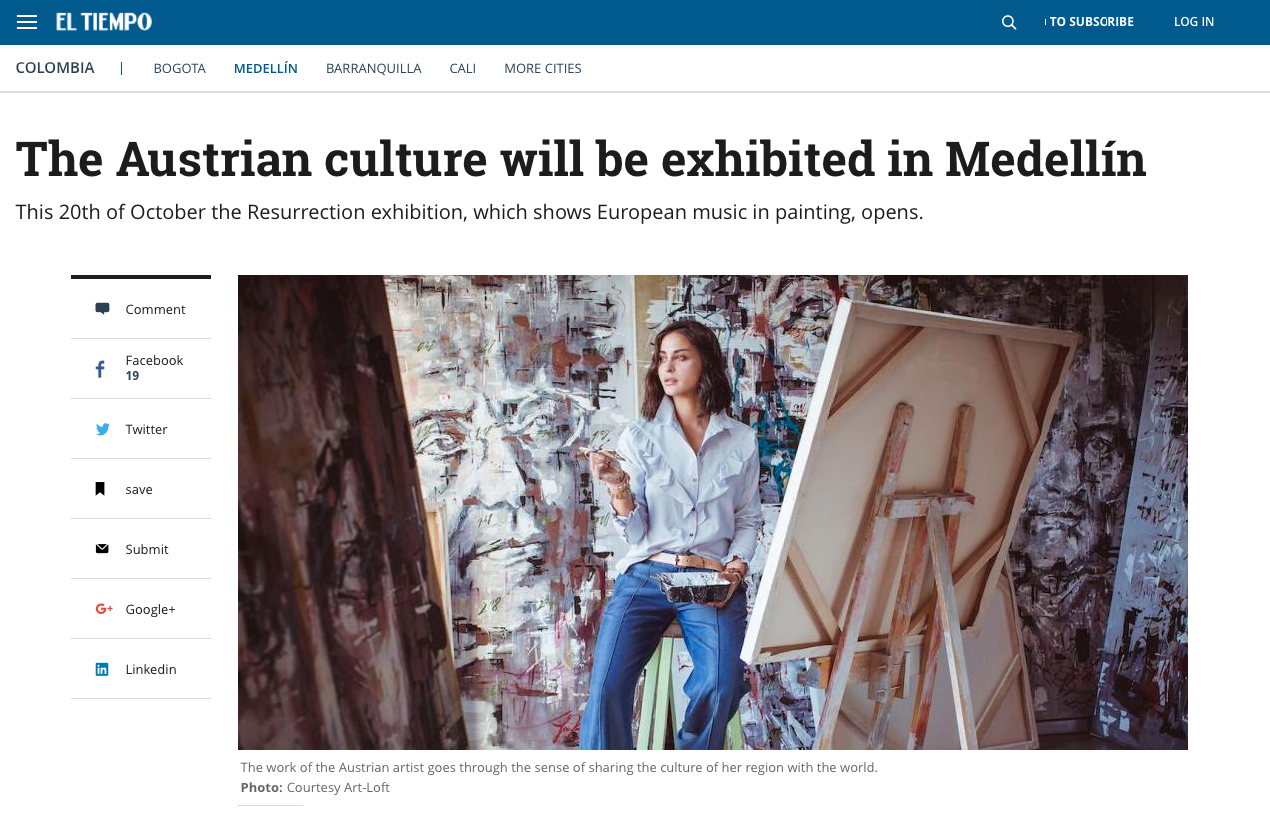 On the 20th of October the Resurrection exhibition, which shows European music in painting, opens.

The art galleries of the city do not stop. His artistic proposals are focused on offering the Medellinans a compendium of the expressions of the art of own and foreigners.

That is why the exhibition “Resurrection” by the Austrian painter Sara Von Kienegger,   which seeks to build a landscape of dialogue between the spectator, the artist and the great masters of music, will be inaugurated on October 20th at the Arte-Loft Gallery .

For Von Kienegger, exhibiting in a city like Medellín, “which assumed its imperfection and turned its strength,” gives it the possibility of sharing part of its culture and enrich it with the nuances of local idiosyncrasy.

With the work he tries to show in the canvases  his own interpretation of the most important musical pieces of figures like Brahms, Mozart and Beethoven, and even the most remembered Latin American artists.

Through the marks and strokes, he says that he navigates the music creating his own ‘visual scores’ so that music in his art can be read in different segments.

Her work has focused on bringing his culture from one place to another. On other occasions he has taken his Austrian culture to the United States or Singapore and on this occasion wants to bring it back to Medellin.

“I want to share with Latin American culture and bring to its vivid colors the combination of a few more tenuous like the Europeans,” says Von Kienegger.

The artist’s works have been exhibited in cities such as New York, Vienna, Miami, Singapore, Medellin, among others.

The exhibition will be open to the public from 7 pm on October 20th until November 20th, so the public can visit it at no cost and soak up the mixture of cultures that the artist wants to promote through her work.

It will not be the first time that this artist participates in exhibitions in the city. He has participated in Artmed fairs for two consecutive editions and sees in Medellín a place to enhance his artistic talent.