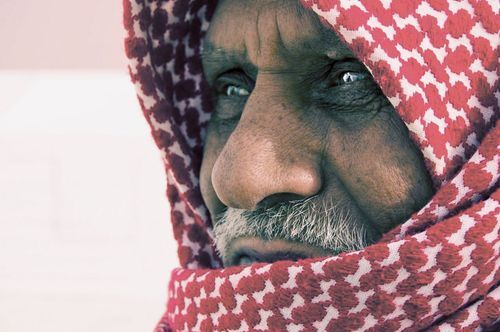 Sara Semlitsch is a renowned Austrian artist, designer, photographer and art director currently based in the Middle East. Since arriving in Dubai in 2010, Sara has single handedly overseen the art direction of publications such as FACES OF THE MIDDLE EAST and WOMEN OF THE UAE.

VICTIMS OF WAR is a trans-media photo journalism project that aims to redefine our interpretation and understanding of conflict in the Arab world through the eyes of future GENERATIONS.

Dedicated to the exploration and documentation of the short and long term effects of war, the project also has a special focus on the most vulnerable groups – the elderly, women and children.

Discover the brutal reality of war through the eyes of TV Anchor and Author, Hermoine Macura and Artist and Photographer, Sara Semlitsch as they journey through hostile regions in the Arab world.

The VICTIMS OF WAR exhibitions will be held in the UAE, Qatar and the USA. All profits raised from the exhibitons will go directly to the UNHCR and other humanitarian organisations working to ease the suffering of millions in crisis zones.